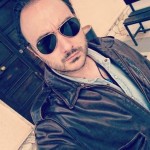 Located in the Conca Peligna , at the foot of Mount Morrone , Pratola Peligna has the privilege and honor to venerate the Madonna della Libera . The precious image , the destination of pilgrimages from all over Abruzzo , also beloved by many Pratolani living abroad , it is a sign of mercy and hope for all her children. Legend has it that a certain man named Fortunato , during the terrible plague of 1500 , he found the image of the Madonna in a church outside the village, abandoned and dilapidated . Enthused by the discovery , he knelt down and cried out his faith and his confidence : ” Madonna , deliver us .” The call was picked up and repeated by Pratolani . Faith is revived . The country was free and safe. The image , loaded on a cart pulled by oxen , to the cheers of ” Evviva la Madonna della Libera” , was brought in Pratola . From that moment , the ” Madonna della Libera ” cry continued to resonate on the lips of Pratolani and continues to echo in the invocations of the many pilgrims who invoke with confidence . The Feast of the Madonna della Libera, preceded by a solemn novena , is held annually in the first and second Sunday of May with the traditional welcome of the pilgrims of Gioia dei Marsi , the characteristic display of the statue and popular procession through the streets of the country involving the authorities , the various committees , and many faithful from all parts of Abruzzo .

This website uses cookies to improve your experience while you navigate through the website. Out of these, the cookies that are categorized as necessary are stored on your browser as they are essential for the working of basic functionalities of the website. We also use third-party cookies that help us analyze and understand how you use this website. These cookies will be stored in your browser only with your consent. You also have the option to opt-out of these cookies. But opting out of some of these cookies may affect your browsing experience.
Necessary Sempre abilitato
Necessary cookies are absolutely essential for the website to function properly. These cookies ensure basic functionalities and security features of the website, anonymously.
Functional
Functional cookies help to perform certain functionalities like sharing the content of the website on social media platforms, collect feedbacks, and other third-party features.
Performance
Performance cookies are used to understand and analyze the key performance indexes of the website which helps in delivering a better user experience for the visitors.
Analytics
Analytical cookies are used to understand how visitors interact with the website. These cookies help provide information on metrics the number of visitors, bounce rate, traffic source, etc.
Advertisement
Advertisement cookies are used to provide visitors with relevant ads and marketing campaigns. These cookies track visitors across websites and collect information to provide customized ads.
Others
Other uncategorized cookies are those that are being analyzed and have not been classified into a category as yet.
ACCETTA E SALVA
WP Twitter Auto Publish Powered By : XYZScripts.com